Today I’m thrilled to introduce you to the talented author Victoria Dougherty. The following is a piece written by Victoria called Herein Lies the Truth.  You can find more stories in her book linked at the bottom of this blog called  COLD, Essays on Love, Faith, Family and Other Dangerous Pursuits 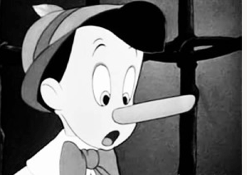 I have a close family member who tells a lot of big, whopping lies. Lies about the past, about emotions and their impact on her and others, lies about what she had for breakfast, for heaven’s sake.

When I was a kid, this family member – let’s just call her Marta – told me a heartbreaking story about her very painful, difficult childhood.

She had been abandoned by her family, you see. Then tossed out of her grandmother’s house because the woman simply didn’t want another mouth to feed. Somehow, Marta had found her way to a convent and was raised by a group of wonderful nuns. They adored Marta, teaching her the ways of prayer and selflessness. Marta almost became a nun herself – she’d wanted to very much – but her grandmother reappeared in her life and forced her to marry a man she wanted nothing to do with. A man her grandmother thought would position their family for future prosperity.

But a portrait of Marta remains at the convent where she spent so many happy years. An artist who did occasional work for the church had been struck by Marta’s beauty and used her face as the inspiration for his painting of Mary, the Virgin Mother. Marta promised to take me to that convent one day and show me that portrait.

And I believed her. 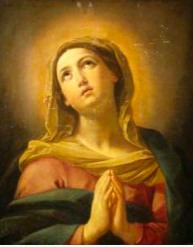 It wasn’t until my teens that I discovered through various sources that almost everything Marta had told me was either twisted or completely fabricated. There was no convent and no artist. Her grandmother had never tossed her out on her ear.

At first, I was shocked and devastated. I couldn’t believe that Marta – who I loved and trusted and who was so good to me – was just a big, fat liar. I went back through everything she’d ever told me about herself, about others, and pondered the little inconsistencies in her accounts of things as simple as an exchange with a store clerk. In the end, I concluded that there was not a single thing that Marta had ever said that could actually be trusted.

I wandered around in a daze after this revelation. My whole world had been turned upside down, and I was really angry about it, wanting nothing more to do with Marta and her perverted versions of events. I even told her so.

“Don’t be so hard on Marta,” my aunt told me. “She loves you and that is the truth.”

My aunt also went on to tell me the real story of Marta’s life, one that has since been corroborated by other family members. It’s a story of devastating loss, betrayal, of rape by an uncle and a prison guard, of an abusive marriage. By any standard, it is a far more heart-wrenching tale than the one Marta put forth to me.

Slowly, I began to realize that the true story was one Marta simply couldn’t bear to tell.

“But why did she have to lie?” I asked my aunt. “Couldn’t she have just said nothing?”

Truth is, I knew the answer to that question. Marta needed to tell me something. She needed my sympathy and needed me to understand why she was the way she was. Every lie she told – from how much a bag of apples had cost her at the grocery store to the year she was born – was a deflection, a protective measure meant to soothe the pain from the unmentionable. With her lies, she was able to create a mosaic that showed truth from a distance and enabled her in some way to right the wrongs that had been visited upon her.

The unlovable was taken in and loved.
The rape victim was to become a nun.
The ugliness Marta felt inside was transformed by an artist’s portrait.
And in the end, Marta became the Virgin Mary.

That was the truth Marta needed to tell and she was sticking to it. I imagine she felt she had to because to contemplate the facts was too much for her. 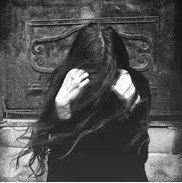 Marta’s distorted worldview and the havoc the eventual exposure of her lies wreaked upon our family was my first experience with having to learn to love someone who was tragically flawed. With having to forgive so many things which – at least on paper – appeared unforgivable.

It was also my first experience in discovering the true power of fiction. How a story can tell a greater truth, even when it warps and obliterates fact.

It’s why when I started writing memoir COLD: Essay on Love, Faith, Family and Other Dangerous Pursuits, I did it with the aim of chronicling some of my family stories. And I did it with the full intention of leaving the stories just as they were – told sometimes from multiple viewpoints. Letting the inaccuracies bubble up all on their own and the more significant truths prevail. These are the unfiltered and sometimes unverified tales that make up family lore.

And they are powerful.

The truth of the matter is that sooner or later, the truth does tend to come out and that organic process of verity, as opposed to truth, is far more beautiful and frightening and enduring than the products of mere research. A fact is just a fact, after all. It comes and goes as new facts are unearthed. But verity is bigger than that. It is, as defined, a true principle or belief of fundamental importance. Verity is what myths are based on, and myths, while often fantastically unreliable – even downright ridiculous, are much mightier than a mere account.

It’s how a monster like the Minotaur – half bull, half human – illuminates us about courage and cleverness in a way that still resonates thousands of years later. Even if the story is just a load of bull.

And it’s why as we sit down at the dinner table during the coming Holidays, as Cousin Betsy waxes nostalgic about her dear, late husband, who she couldn’t stand the sight of while he lived; as dad goes on one of his crazy-assed political diatribes – pissed off about immigration, although he’s an immigrant himself; while your sister-in-law recounts her Facebooky life – sounding off in nauseating detail about her selfless acts, fabulous vacations and twenty-year honeymoon with a man who makes loves to her five times a day without the aid of pharmaceuticals, we might want to try not chewing our sweet potato casserole with quite so much contempt. Like Marta’s, these stories are often brimming with hidden meanings. Ones of longing, shame, hope, desperation, love lost and found.

If we’re going to be honest about it, that’s all that really matters. 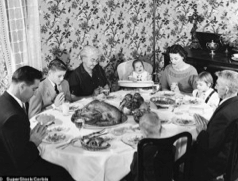 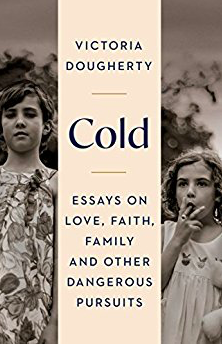 COLD link: COLD, Essays on Love, Faith, Family and Other Dangerous Pursuits
About the Author:

Victoria Dougherty is the author of The Bone Church, Welcome to the Hotel Yalta and Cold. She writes fiction, drama, and essays that revolve around lovers, killers, curses, and destinies.
Her work has been published or profiled in the New York Times, USA Today, The International Herald Tribune, and elsewhere.

Earlier in her career, while living in Prague, she co-founded Black Box Theater, translating, producing, and acting in several Czech plays.

Her blog – COLD – features her short essays on faith, family, love, and writing.
WordPress, the blogging platform that hosts some 70 million blogs worldwide, has singled out COLD as one of the Top 50 Recommended Blogs by writers or about writing.

I'm a writer, a poet, a dreamer, and a lover. I live wherever life takes me, currently in Istanbul, Turkey; and I create beautiful images and thoughts and put them on paper. I love words, paint, the lens, and I create from what I see. You never know what I'm going to write on my blog! But you will find 17 published books on Amazon. My latest is a memoir CAFE CONFIDENTIAL. Thanks for following me! #LOVE View all posts by Lynda Filler