What would you do?

1. What is your idea of success?

Sometimes your failure–for trying–is better than someone else’s success in staying where he/she is. There’s nothing sadder than hearing an older person say: “I wish I had…” “I should have tried…” “I always wanted to…” “Why didn’t I… when I had the opportunity?”

2. It’s okay to crawl and crawl some more…

This one is particularly hard for me. I come from the generation of women who believed we could have it all. And then we found out that having it all meant not all things worked out. Marriages failed, businesses went bankrupt and children didn’t always fill that void in your heart for being needed and loved. But still, we tried and for that, we have no regrets.

Wanting something and not giving up, often times means we have to crawl or take baby steps when in reality we want to LEAP!

3. Know you will have setbacks… and do it anyway.

I’ve done many things in my life. Most have been somewhat within my control. Choosing to put my writing out there took courage. I remember the first reviews of my first novella, JET. I had a troll. I didn’t even know what that was. Let me explain. It’s someone who reviews your work and leaves hurtful remarks, and what he/she hopes will derail your current and future efforts. He hated my story so much that he actually bought the second in the series so he could hate on that one too! Hah, that’s when I caught on. I kept writing them anyways! I believed in my work and my fans love them and ask for more! They’re successful Kindle World novellas. Amazon sees the fans reactions and reviews and promotes them. And I get lost in JET’s world when I write them.

JET-DISPLACED is 4th in the Series and JET-Reborn (will be out in two weeks) now published!

4. Be open to criticism.

I cringed when I received criticism for one of my books. Now as I continue to become a better writer, I’m grateful for comments that rang true to me–even if I didn’t want to hear them at the time. Reviews have helped me grow and encouraged me beyond measure. Without the great reviews I receive, I would stop publishing. It’s not easy to break through in 2018. It requires an attitude of “this is what I was born to do, and I will continue, even if no one buys a single book.”

5. Find those who have succeeded in your field and don’t be afraid to ask for help or advice.

Authors can be the most gracious or the nastiest friends you can have. Search out the ones and the groups who are friendly and encouraging. And remember, we are all so busy that we can’t always do the things you request but we can point you in the right direction.  For me, that amazing group has been #RRBC. The members are caring, supportive and talented. They don’t talk their talk, they just DO IT!

6. If you want it bad enough, remember…

The story goes that Colonel Sanders, the founder of Kentucky Fried Chicken, presented his concept/sauce/chicken and was rejected one thousand and nine times before he received a yes!

“We are not interested in science fiction which deals with negative utopias. They do not sell.” Stephen King’s Carrie sells 1 million in the first year alone.

“Frenetic and scrambled prose.” Viking Press disagree and publish one of the most influential novels of all time. Since 1957 it has regularly sold at least 60,000 copies every year. Which has seen On The Road by Jack Kerouac, become a multi-million best-seller.

31 publishers in a row turn down The Thomas Berryman Number. It wins the Edgar for Best Novel becoming a best-seller for James Patterson. An author with 19 consecutive number #1′s on the New York Times best-seller list and sales of 220 million

16 literary agencies and 12 publishers reject A Time To Kill. Its modest print run of 5000 quickly sells out, as it goes on to become a best-seller for its author: John Grisham. Combined sales of 250 million.

7. Regrets are worse than never taking the chance.

So this Sunday morning I write this blog first, for me, and second, for YOU!

Don’t give up. The world is waiting to hear from you! 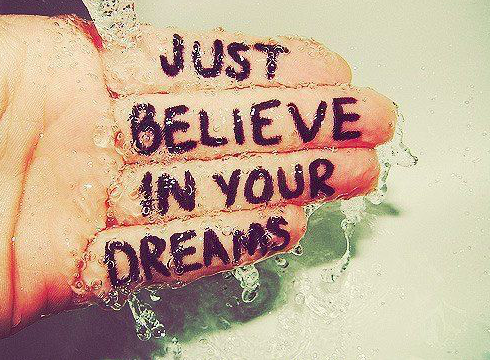 8 thoughts on “What would you do?”